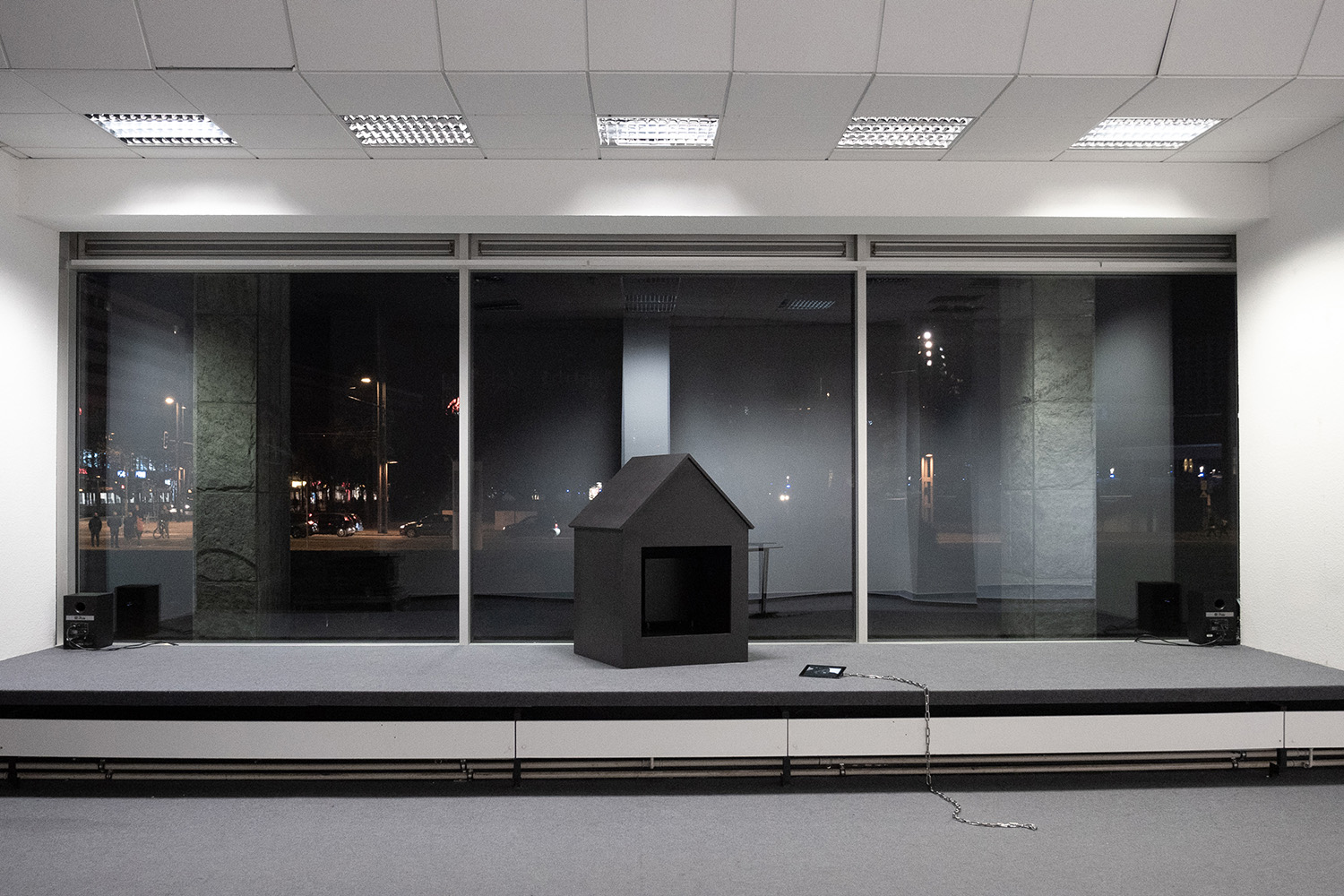 Dem Menschentier is based on Hélène Cixous’s autobiographical essay ›Stigmata, or Job the Dog‹¹. In this text, her dog, Job, becomes a sign of difference and alterity, revealing the intimate entanglement between human and animal. Using her dog as an example, Cixous describes the effects of boundaries, created by nation-states, colonization, race, class, and religious beliefs. They are as incomprehensible to Cixous, as they are to Job. But the dog is positioned at these very borders and plays an ambivalent role in this narrative: He is trained to react to categories, that have no meaning to him. Nevertheless, he has to be chained in front of the house – for the protection of the people – whose categories become their own undoing.

The work Dem Menschentier, is a site-specific work. It initially was directed at the intersection between Straße der Nationen and Brückenstraße, behind the Karl-Marx Monument in Chemnitz. Positioned next to the object are speakers directed towards the site. They are playing a beat of 40 BPM and a solfeggio frequency of 396 Hz. The human body adjusts to 40 heartbeats per minute during sleep, calm and vulnerable and 396 Hz is said to heal fears and sorrow. A 25 Hz sinus frequency pulses inside the house on a subwoofer – supposedly able to cure anxiety caused by images. 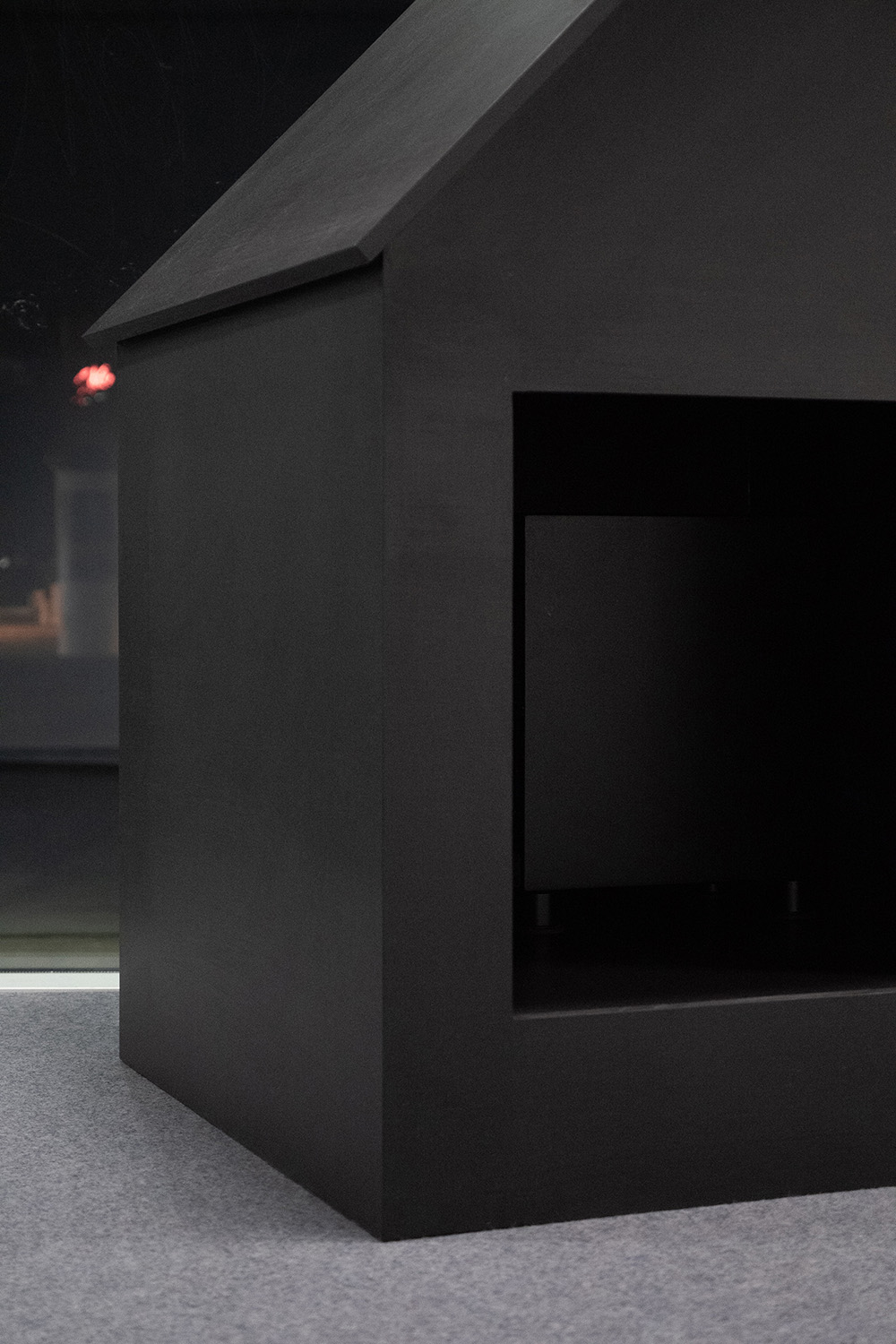 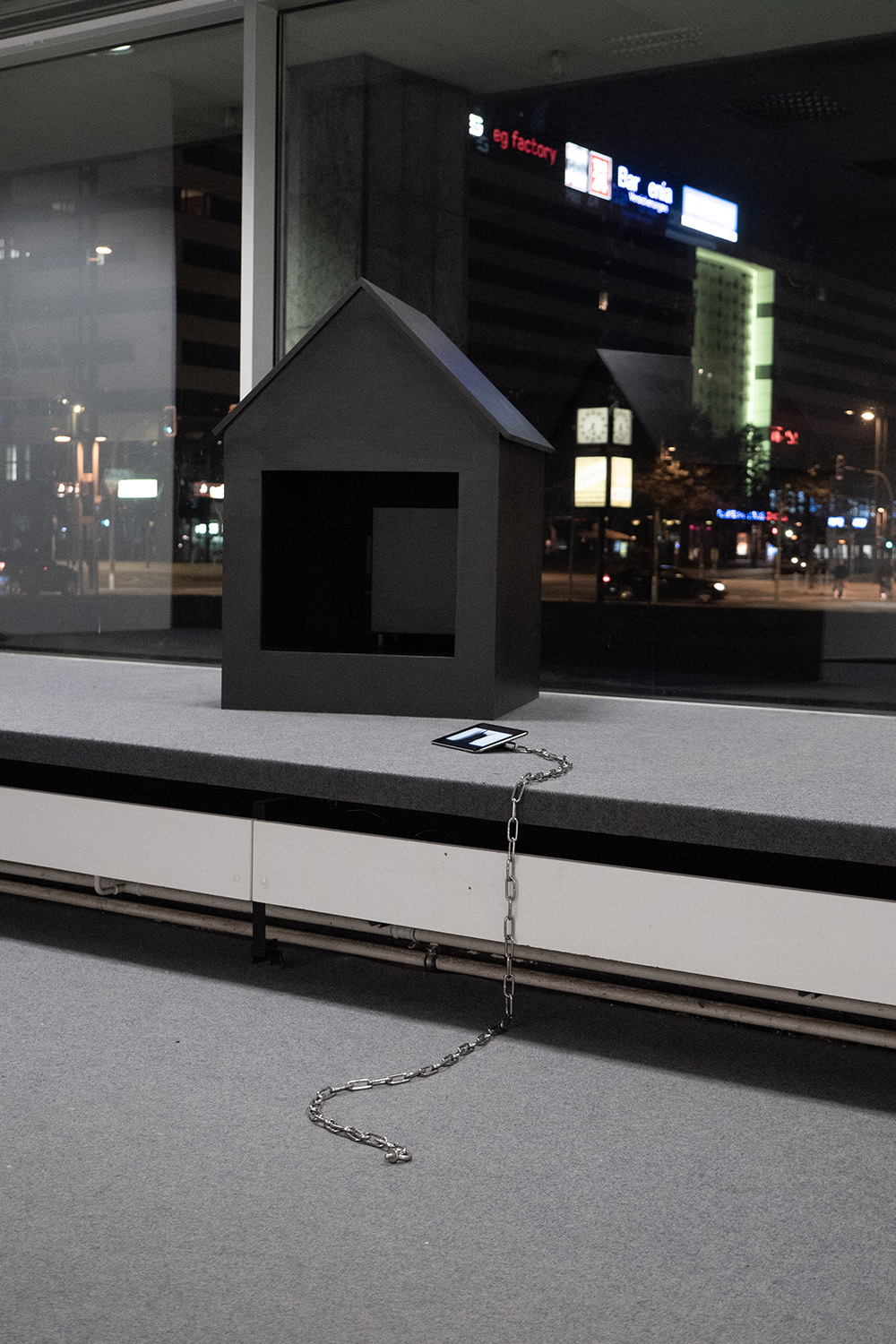