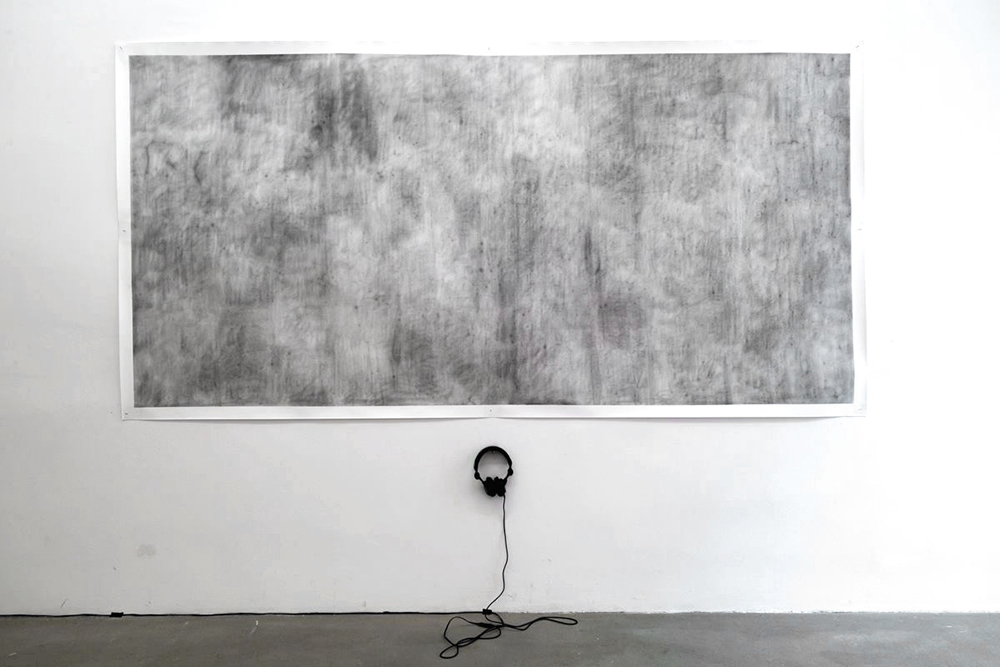 White Lies is a collaborative work with sound artist Moritz Nahold. The piece consists of two works. One is a blurred graphite horizon on a large paper, the other, sound of grey noise blended with acoustic noise. The graphic surface results from a seemingly white wall in a building that remains anonymous in context of the work but is connected to various acts of political instrumentalization. White Lies refers to the same-titled chapter of Derek Jarman’s book Chroma. Jarman states, that white has an immense power in concealing, even though »the sign ‚blanc‘ (white/blank) with everything which is gradually associated with it, is an immense reservoir of meaning«¹.

The resulting visual and audible impressions of the grey noise make it hard to focus, on a common agreement or meaning of what exactly is depicted.