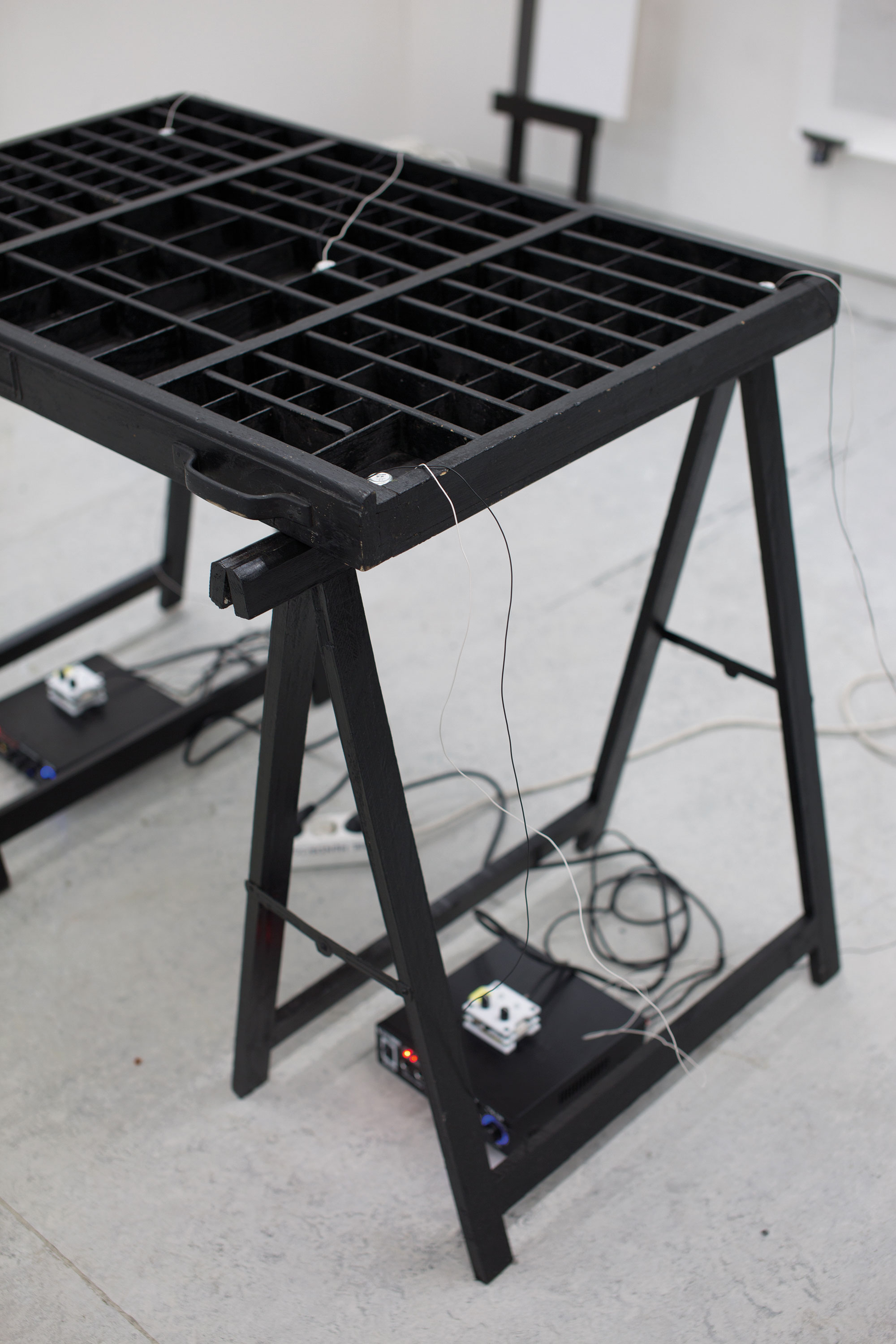 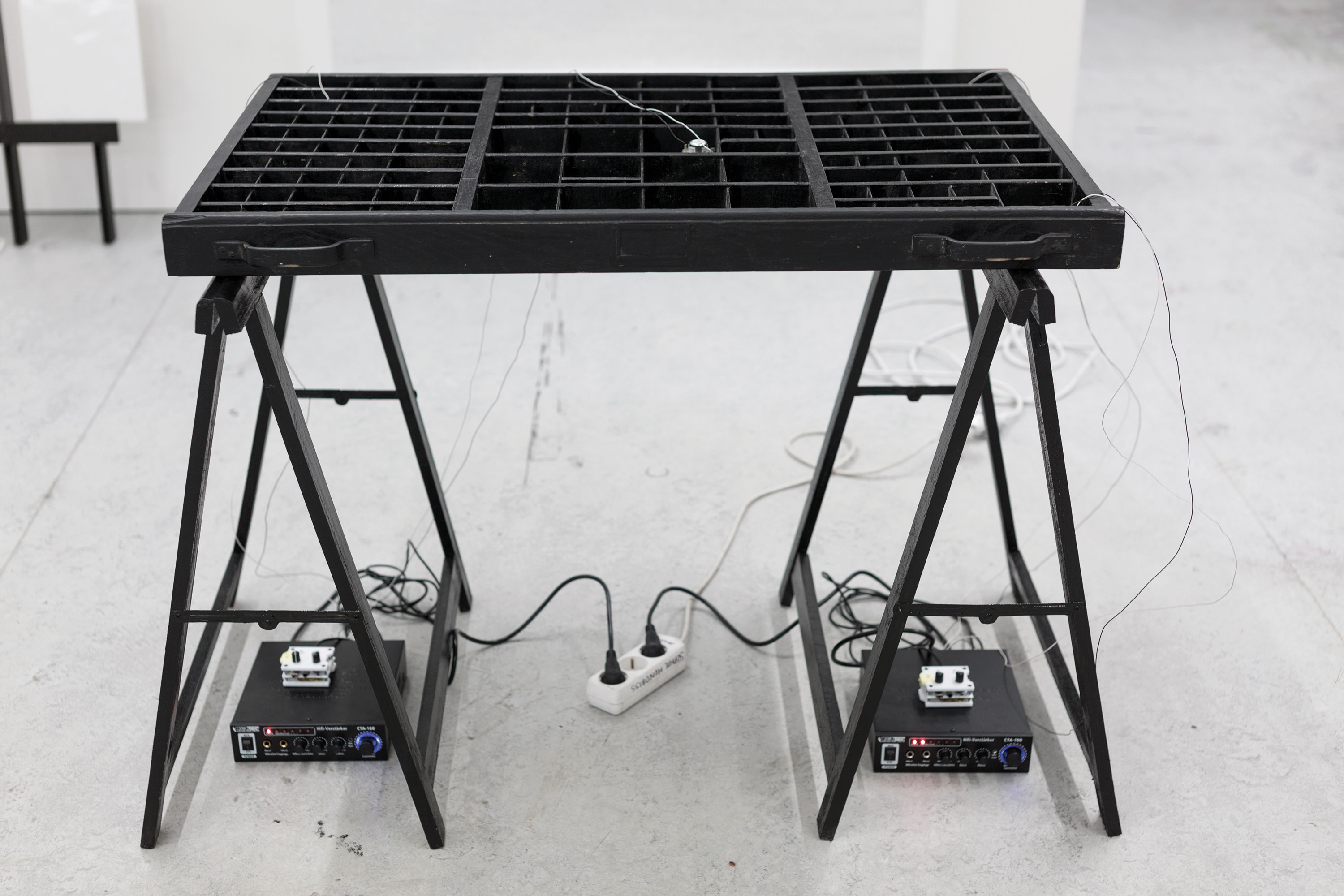 Cargo II is a black wooden typecase from a german print company renovated shortly after the second world war. The replacing of the typecases, as well as the other interior is an act both connected to the practice of whitewashing what has passed, but could also be a result of the destruction of the former settlement of the company. Since not knowing for sure what lead to sorting out this typecase as well as the typefaces once assorted in it, connecting it to a definite narration wasn‘t possible. Though the typecase lead to converations with former printmakers during this time, concerning the Antiqua–Fraktur dispute.

Instead of typefaces, speakers are placed into the grid of the typecase. One is playing a constant sine wave the other ones are distorted and fractured versions of this wave. Apparently the sound can be modelled by turning the knobs on the patchblock modules.

The content of Cargo II seems to change whenever someone decides to model the sound through the module. The coding of the waves though works autonomously from such a system, resulting in a sudden chaotic sound appearing after a few hours.