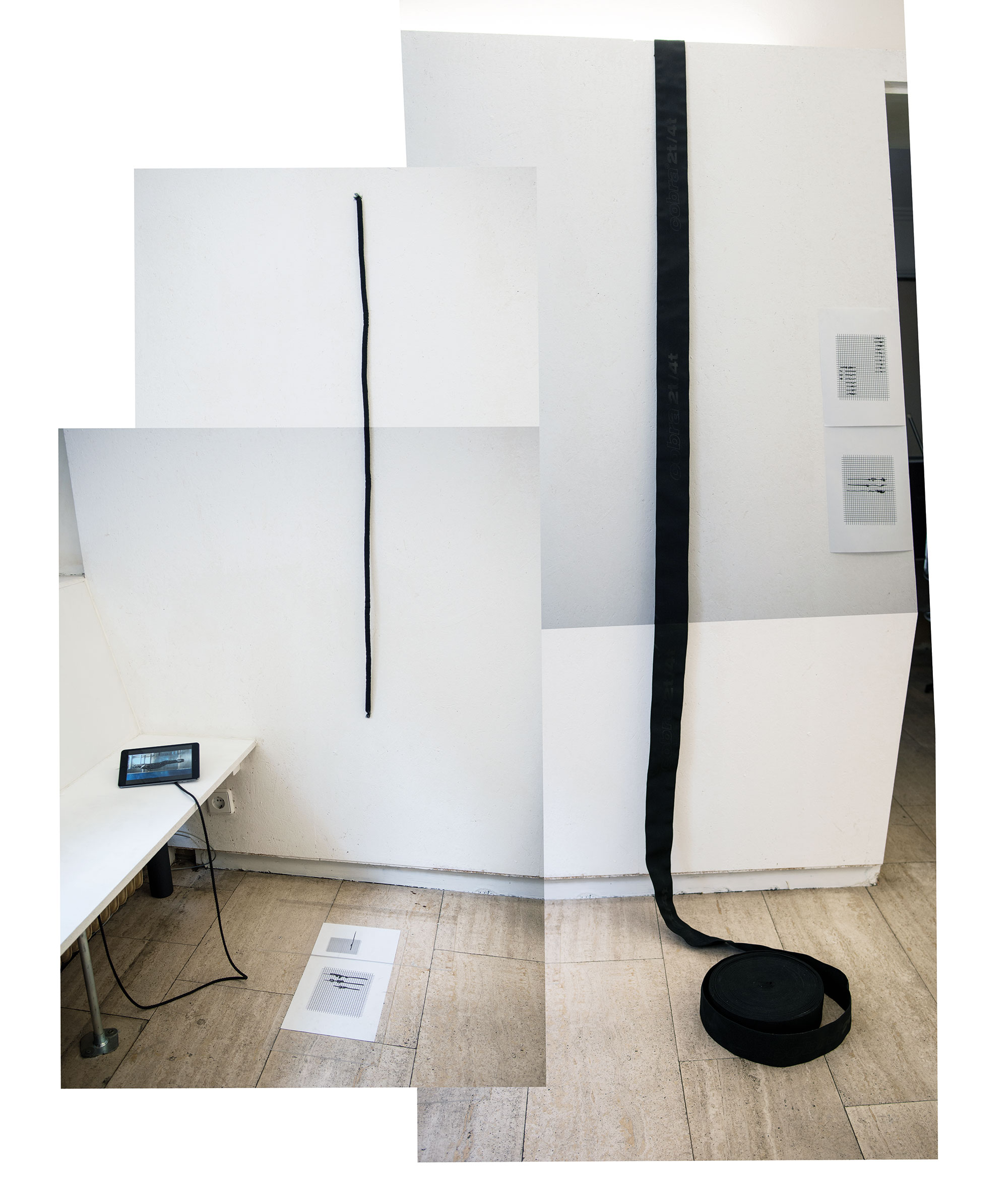 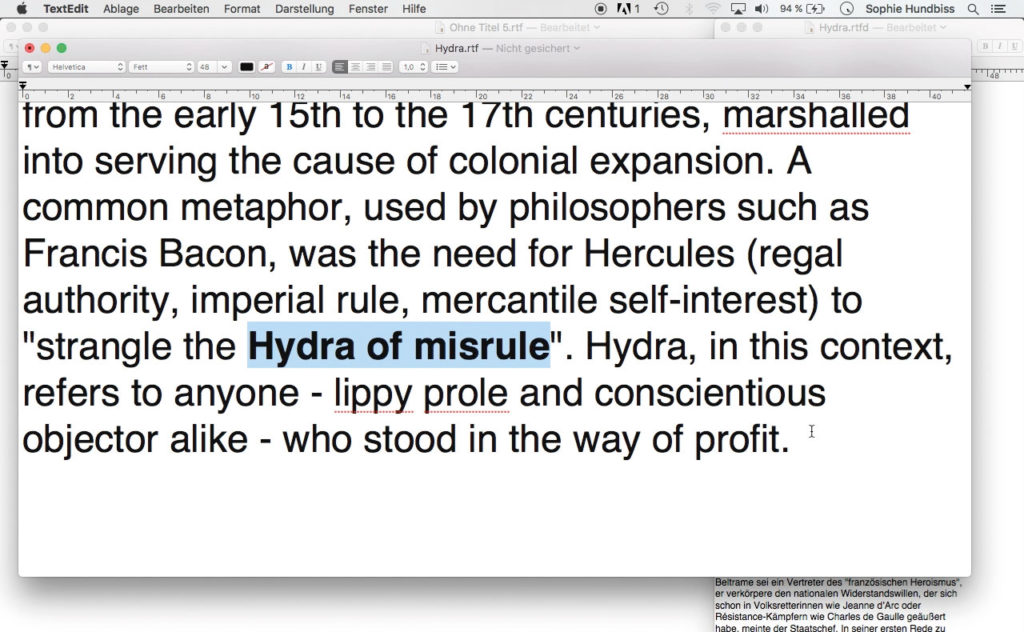 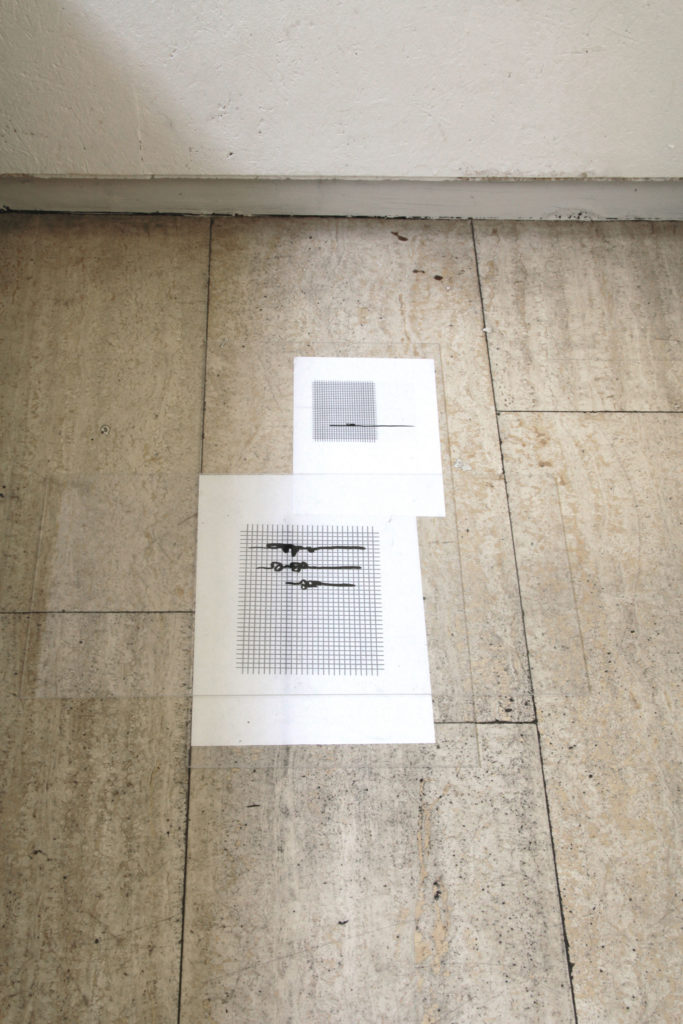 As an approach to thinking with the metaphor of the hydra, (re)surfacing in various political and mythological contexts, the main focus of Hydra is to disturb. The hydra as a drawing is put under glass, the hydra as the object of an obijime belt, and a high-pressure hose are tacked on the wall. The sound of the video though is repeatedly disturbing the order of the display, the assumed possibility of framing the hydra. Shown on the display of the iPad / MacBook is a seemingly never-ending stream of research concerning the hydra as a matter one could think current matters with. A hydraulic hoe is bursting at the beginning of the video, followed by texts concerning the state of feminism and anarchy. Political resistance is explained by the metaphor of the Hydra and scientific researchers are using the neuronal system of the hydra to code anti-spam programs.